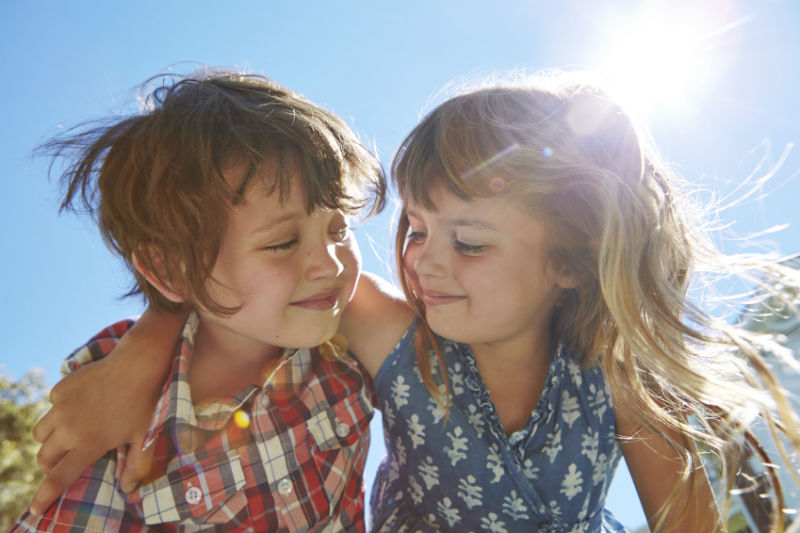 The Law Offices of Atousa Saei are thoroughly experienced in the area of child custody. The firm handles all areas of child custody issues in dissolution actions, as well as in actions to establish the paternity of minor children. Our child custody lawyers are ready to fight for you.

In some situations, the parents are able to work out custody and visitation arrangements and avoid litigation in the court. With a complete agreement, the parents can draft a parenting plan that fits their family and their children. If an agreement cannot be reached, the Judge will determine a custody arrangement that they determine is in the best interest of the children.

Child custody involves legal and physical custody. Legal custody involves which parent will make decision regarding the child(ren)’s health, education and welfare, or if the parents will make these decisions jointly. Physical custody determines who the child(ren) will primarily live with and how often the other parent will have custody of the children. The court strives to have both parents involved in decisions relating to the children so long as both parents are capable of using good judgment in the children’s best interest. The Court also seeks to ensure the children have frequent and continuing contact with both parents whenever possible.

Ms. Saei has handled many child custody cases. When the parents are not married, taking a DNA or blood test to determine the parents of the child(ren) is generally the first step. Once parentage is established, the parties can work out an agreement as to child support and child custody arrangements. Visitation, custody, child support and other orders can be agreed to by the parties, or issued by the court. The child custody attorneys in Los Angeles at the Law Offices of Atousa Saei can guide you through each of the steps in this process.

Children who have one or both biological parents in their lives are very fortunate indeed. Many times however, a biological parent is unable, unwilling, or unfit to appropriately care for his/her child. In cases such as these, California law allows for third parties to seek custody of the child, provided they have a pre-existing relationship with the child. A third party custody case is very complex and should only be handled by an attorney experienced in handling third party custody cases, such as the child custody lawyers at the Law Offices of Atousa Saei.

Grandparents may seek to obtain reasonable visitation with their grandchildren who are under the age of 18. California acknowledges that grandparents have rights when it comes to grandchildren and relationships with grandchildren, and strives to act for the best for these children.

The Law Offices of Atousa Saei can assist a grandparent who has an established bond with their grandchild, a fight for visitation to protect that relationship. Let our child custody lawyers work with you.

Children need people in their lives who truly care for them and can help shape them into productive adults. Children with a grandparent who take an active role in their lives will benefit emotionally, mentally and psychologically. The California court system typically allows a grandparent to petition for custody/visitation in several circumstances:

If one or both of the parents already meet the physical and emotional needs of the child(ren), it may be difficult for a grandparent to obtain custody.  However, if there is a documented history of drug use, alcohol abuse, physical, sexual, or emotional abuse and/or neglect, a grandparent can seek primary custody according to California law. Let our child custody attorneys in Santa Monica handle your case.

In California, stepparents have rights relating to adoption, child support, custody and visitation when a marriage dissolves. If you are a Los Angeles-area stepparent and would like to explore your rights, you should contact a child custody lawyer familiar with stepparents’ rights.

Stepparents and Custody Rights in California

Under some circumstances, stepparents may have child custody and visitation rights after a divorce. This typically happens when the stepparent and biological parent have lived together for an extended period of time and both took on the role of financially and emotionally supporting the child(ren). If the other party denies the stepparent visitation to the children, a stepparent may be able to file to be able to see the children or get partial custody.

In the case of a custodial parent spouse’s passing, a stepparent may be able to obtain primary custody even if the other biological parent, or other blood relatives, are alive. Enlisting the help of a California third party child custody attorney is necessary for these situations.

A stepparent in California may be able to adopt their stepchild in certain circumstances. This typically occurs with the consent of both biological parents or if the other biological parent is deceased.

Stepparent, or third party adoptions, are very complicated and can only be done with the aid of an experienced family law child custody attorney. You should consult with the child custody attorneys at The Law Offices of Atousa Saei to discuss how to protect yourself, as well as the children, when attempting to obtain an adoption.

Who Can File for Custody of a Child in Los Angeles California?

Please note every situation is different and nuanced. Working with an experienced California child custody attorney will ensure that all options are thoroughly explained to you.

Awarding custody to a third party has to be in the best interest of the child. It must be reiterated that the biological parent, or parents, cannot provide adequate care for the child. When the court is reviewing a third party custody case several factors are taken into consideration. Some of these issues can be:

Call the experienced child custody attorneys at The Law Offices of Atousa Saei to discuss your case as well as what options you may have. In some cases, non-blood relatives of a child may have custody and visitation rights. Let Ms. Saei and her staff protect those rights for you.