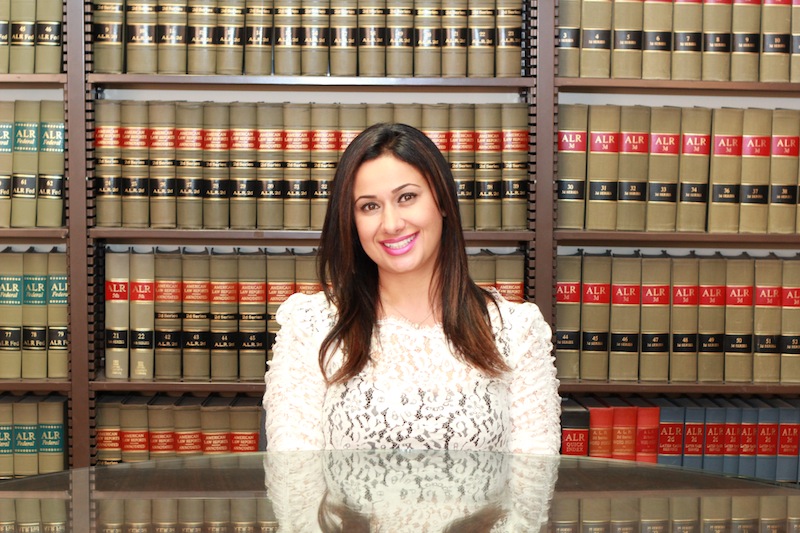 Atousa Saei understands family law, both on a legal and an emotional level. Having fled her native Iran with her mother in 1983, Saei was well-acquainted with strife surrounding family discord among parents and the deep pain associated with the dismantling of the family unit. As a two-year-old, she and her mother fled Iran and made their way to Spain (sans her father). Two years later they entered the U.S. where they settled for a time with her aunt in Maryland. They later moved to Los Angeles where her maternal grandmother lived. Long estranged, her parents eventually divorced. Saei experienced the pain of growing up without her father in her life (though she has enjoyed a close relationship with her step-father), and as she embarked on the journey to become an attorney, Saei knew that family law would likely become her area of specialty.

“I have a keen interest in helping my clients make the best of what is undoubtedly their most difficult situation,” she says. “I always want to make sure that my clients navigate through their divorce experience in the least painful way and in the most cost effective manner.”

Ms. Saei was selected as a 2014, 2015 and 2016 Rising Star by Super Lawyers magazine. The patented multiphase selection process includes peer nominations and evaluations combined with third party research. Each candidate is evaluated on 12 indicators of peer recognition and professional achievement. Selections are made on an annual, state-by-state basis. An honor only afforded to no more than 2.5 percent in the state of California.

Known as a fierce litigator when circumstances require trial, Saei’s custom, however, is to exhaust every peaceful and reasonable means of resolving contentious family law issues through settlement conferences, mediation and arbitration options. This, she contends, precludes her clients from incurring the expense and emotional drain of a trial.

With an energetic and efficient staff, the Santa Monica, California boutique offices of Atousa Saei provide legal services in all areas of family law. They include: dissolution/legal separation/annulment; child custody; child and spousal support orders and modifications; guardianships; domestic violence restraining orders; the litigation of existing premarital and post-nuptial agreements; palimony; paternity; and issues related to domestic partnerships, as well as handling the ever-changing issues that pertain to partnerships and marriages of gay/lesbian couples, and relationship issues among those who are bisexual and transgender.

Atousa Saei is a member of the Los Angeles County, Beverly Hills and Iranian Bar Associations. She also has been a member of the State Bar of California since 2006. Known among her clients as providing a kid-glove approach when dealing with their delicate legal issues, Saei is also known throughout the Southern California court system as a formidable litigator, when all means of mediation options fail.

Having considerable knowledge and a keen sensitivity to cross-cultural issues, Atousa Saei is well known for her interest in international child custody matters. As such, she is often sought out to consult on and speak about overseas child abduction cases—those typically perpetrated by a parent or family member. “There are many complexities to child custody issues abroad, especially in the Middle East,” she states. “I am often asked to explain not only the law, but the cultural mindset of a Middle Eastern parent who feels fully justified in taking sole custody of a child and relocating him or her to another country.”

Saei has always been known as an optimistic and energetic personality. In her teen years she served as a cheerleader at El Camino High School in Woodland Hills. She was active in school activities during her college undergraduate years at Pepperdine University in Malibu, California. There, with an emphasis in pre-law, Saei took on a double major in both Sociology and Speech Communications. She earned a Bachelor of Arts degree in both. Ambitious and extremely bright, Atousa graduated from college in a little over three years, completing some of her college credits while still in high school. During her undergrad years, Atousa Saei was already buttoning up various courses in pre-law. During all her educational years, she took an ardent interest in the many activities available on campus including those at Loyola Marymount University, Los Angeles. It is there that she earned her Juris Doctorate in Law.

A champion for many causes geared to improve the legal justice system, Saei plans to establish a non-profit organization devoted solely to helping low-income individuals better understand and navigate the often-murky waters of the family law court system.
Also a columnist and blogger, Saei writes for various publications and is in the throes of writing a book about many of the fascinating cases she has handled (without naming names), a tome that will both enlighten and entertain the reader. In addition to impeccable English, the dynamic Saei also speaks both Spanish and Farsi. She is available to web, print and broadcast media for commentary on all aspects of family law, and in particular, those that deal with international customs and disputes.

In her spare time, Atousa Saei likes to travel to Europe and the Middle East. She enjoys skiing, Yoga, cycling—both indoors and out—hiking and all else that involves outdoor activity. Saei is also fond of animals.